Highlights of the 2016/2017 season include Inkinen’s debuts with the Concertgebouw Orchestra and the RSB Berlin as well as performances of a highly successful new production of Eugene Onegin at the Dresden Semperoper.  He will also take the Prague Symphony on tour to Spain and Austria, begin a project to present the Ring in concert version with the Japan Philharmonic with a performance of Das Rheingold, and conduct the Royal Flemish Philharmonic and Orchestra Verdi in Milan.  In autumn 2016 he will return to Melbourne to conduct a revival of Opera Australia’s acclaimed 2013 production of Wagner’s Der Ring des Nibelungen directed by Neil Armfield.  In August 2014 Australia’s Helpmann Awards, recognising artistic excellence throughout Australia’s vibrant performing arts scene, voted Inkinen as the award winner for Best Music Direction for Opera Australia’s Ring Cycle.

Inkinen has recorded widely for Naxos.  The New Zealand Symphony Orchestra’s complete cycle of Sibelius Symphonies,  the premiere recording of Rautavaara’s Manhattan Trilogy and a further live Sibelius Cycle recorded with the Japan Philharmonic Orchestra in Suntory Hall, have been widely acclaimed.   Inkinen has a large number of other recording credits, including Wagner arias and orchestral pieces with Simon O’Neill and the New Zealand Symphony Orchestra for EMI, which earned a rare double five-star review from BBC Music Magazine, and the Shostakovich Cello Concerto and Britten Cello Symphony with Johannes Moser for Haenssler.

Also an accomplished violinist, Inkinen studied at the Cologne Music Academy with Zakhar Bron, winning various awards and prizes for his solo work, before taking further studies in conducting at the Sibelius Academy in Helsinki.  He continues to enjoy play-directing and performing chamber music with his regular musical partners. 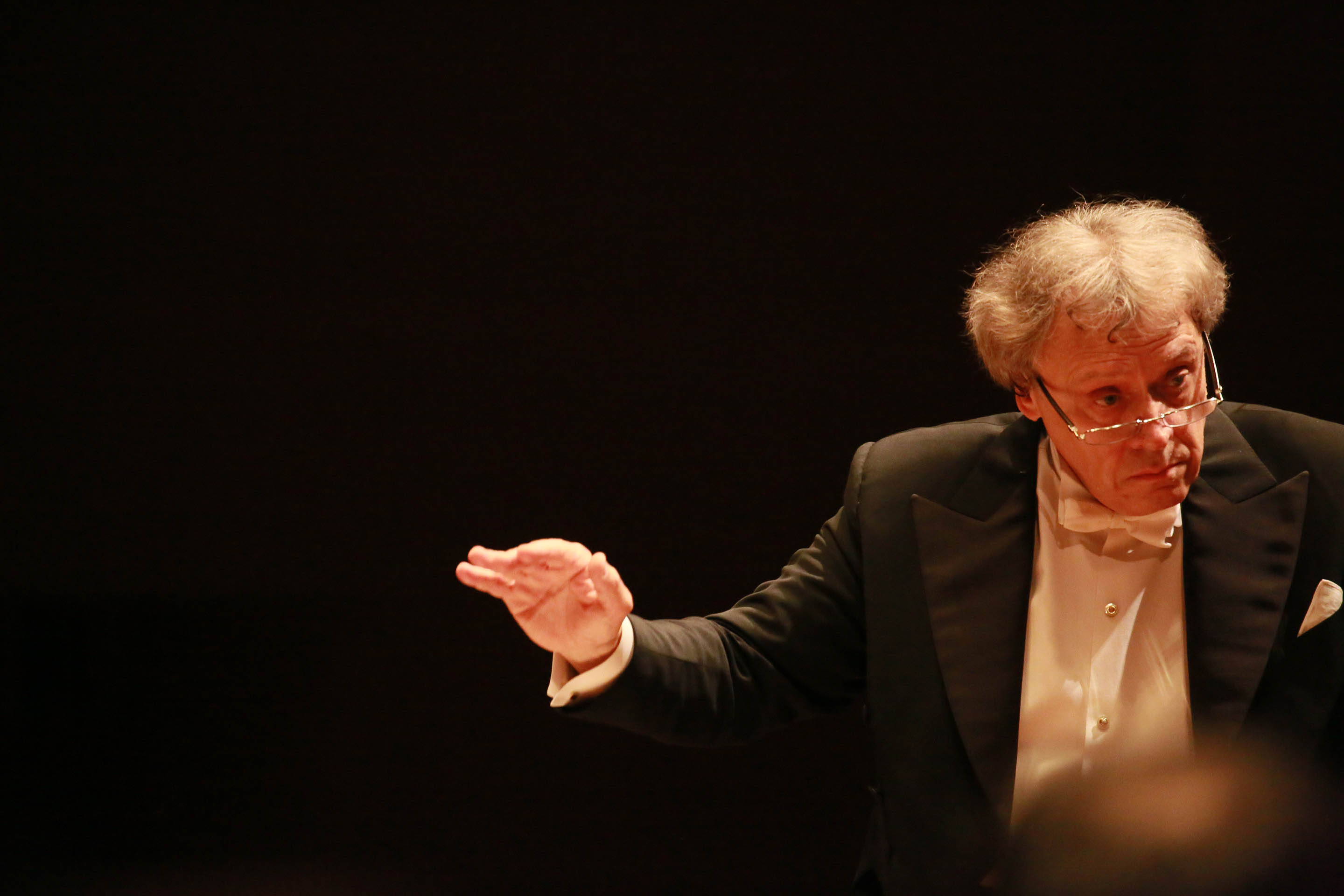 Alexander Lazarev is one of Russia's foremost conductors. He studied with Leo Ginsbourg at the Moscow Conservatory graduating with first class honours. In 1971 he won first prize in the Soviet Union's national competition for conductors, and the following year went on to win first prize and gold medal at the Karajan Competition in Berlin.

From 1987 to 1995 Lazarev was Chief Conductor and Artistic Director of the Bolshoi Theatre, the first person for over thirty years to hold both positions concurrently. His leadership marked a period of intensive activity with the Bolshoi Opera undertaking an unprecedented programme of prestigious foreign tours including Tokyo (1989), La Scala, Milan (1989), the Edinburgh Festival (1990 and 1991) and the Metropolitan Opera in New York (1991). Several of the Theatre’s most successful productions including Glinka’s A Life for the Tsar, Tchaikovsky’s The Maid of Orleans and Rimsky-Korsakov’s Mlada were filmed for video, and the Bolshoi Symphony Orchestra made a number of highly acclaimed recordings for Erato including such milestones of the Russian symphonic repertoire as Rachmaninov Symphony No. 2 and Shostakovich Symphony No. 8.

From 1992 to 1995 he was Principal Guest Conductor of the BBC Symphony Orchestra, and from 1997 to 2005 Principal Conductor of the Royal Scottish National Orchestra where his conducting of the complete cycle of Shostakovich symphonies was a high point of his tenure. In recent years he has worked as a regular guest with the Philharmonia Orchestra and the St. Petersburg Philharmonic, appearing with them in London, Paris and Vienna. Other orchestras he has conducted include the Berlin Philharmonic, Munich Philharmonic, Bavarian Radio Symphony, Royal Concertgebouw, Orchestra Filarmonica della Scala, Orchestra dell’Accademia Nazionale di Santa Cecilia, Orchestre National de France, Oslo Philharmonic, Swedish Radio Symphony, NHK Symphony, Cleveland Orchestra, Montreal Symphony and London Philharmonic, and he has appeared with opera companies such as the Théâtre Royal de la Monnaie, Arena di Verona, Opéra  Bastille, Grand Théâtre de Genève, Bavarian State Opera and Netherlands Opera.

His repertoire is particularly enterprising in its scope, ranging from the eighteenth century to the avant-garde. In 1978 he founded the Ensemble of Soloists of the Bolshoi Theatre whose most important aim was the programming and wide dissemination of contemporary music by both Soviet and foreign composers.

Alexander Lazarev is a prolific recording artist, appearing on such labels as Erato, Melodiya, Virgin Classics, Sony Classical, Hyperion, BMG, BIS and Linn Records. Now Conductor Laureate, he was Principal Conductor of the Japan Philharmonic Orchestra from 2008 to 2016. His work with the orchestra is extensively represented on Octavia Records; following the success of their complete cycles of the symphonies of Prokofiev, Rachmaninov and Shostakovich, they are now embarking on a Glazunov series. 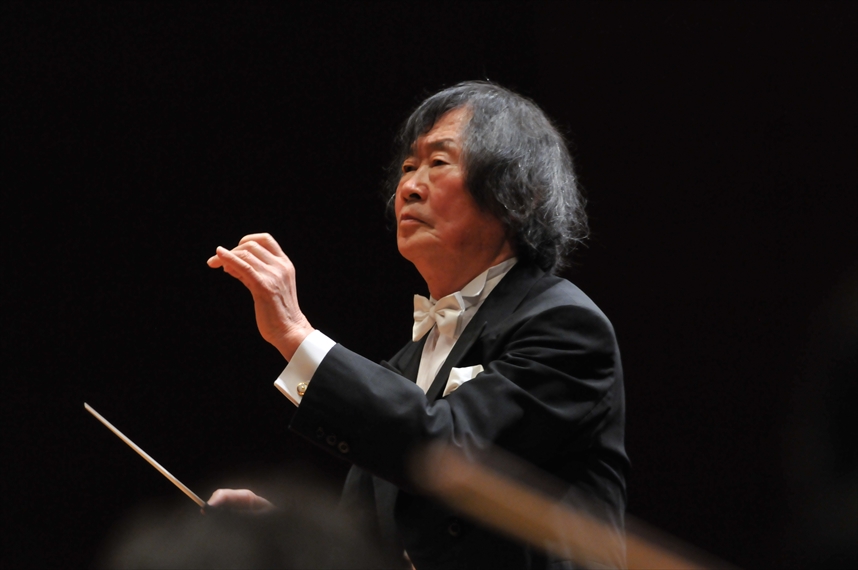 KOBAYASHI received the Liszt Memorial Decoration, the Hungarian Order of Culture and the “Middle Cross with the Star” decoration from the Hungarian government. KOBAYASHI has released numerous recordings from Canyon Classics and Octavia Records. KOBAYASHI received a commission to compose a work in commemoration of the 400th anniversary of the establishment of diplomatic relations between Holland and Japan in 2000. Its first performance in Amsterdam with the Netherlands Phil. in the fall of 1999 to a sell-out audience received a standing ovation. In May 2002, he conducted the very successful opening concert of the Prague Spring Festival. He conducted the complete “Ma Vlast” (My Homeland).

Kazuki Yamada is Principal Conductor and Artistic Director Designate of Orchestre Philharmonique de Monte Carlo, a post that begins in the 2016/2017 season.  He additionally holds the title of Principal Guest Conductor of Orchestre de la Suisse Romande, since his sensational debut with the orchestra in 2010, which was one of his first appearances in Europe.  In Japan, he holds further titles of Permanent Conductor of Japan Philharmonic, Music Partner with Sendai Philharmonic, and Music Director of Yokohama Sinfonietta, an ensemble he founded whilst still a student.

He is active in the field of opera, and will be performing ‘La Traviata’, ‘Carmen’ and ‘Rusalka’ in Japan in coming seasons.  He is strongly supported by Seiji Ozawa and in August 2012 he conducted a semi-staged production of Honegger’s ‘Jeanne d´arc’, with Saito-Kinen Orchestra.  The ‘Jeanne d’Arc’ project was also a huge hit in spring 2015 in Côme de Bellescize’s staged version at the new Philharmonie hall in Paris, with Orchestre de Paris. The character of Joan of Arc was performed by the French actress Marion Cotillard and the production received high critical praise.

Yamada and Orchestre de la Suisse Romande are releasing a series of CDs inspired by dance, on the Pentatone label. This continues in the current season with a recording of French ballet works, and another of works by Manuel de Falla.  Furthermore, a disc of works by Glazunov, Kalinnikov and Khatchaturian with Czech Philharmonic was released in 2014. Yamada is also Tokyo Philharmonic Chorus’s Music Director and the chorus has released ten CDs on Fontec.

Now resident in Berlin, Yamada was born in Kanagawa, Japan, in 1979. In 2009 he was the winner of the 51st Besancon International Competition for young conductors.